Betrayal thy real name is thuggery-Police Officer is our only shield against it.

“Loving someone is giving them the power to break your heart, but trusting them not to.” Julianne Moore.

Once upon a time, not very long ago I witnessed a leopard frolicking with a tiny baby monkey on a dense branch of a tree. Baby monkey appeared petrified and scared, holding onto the branch as if he was glued to it. The leopard was cajoling and enticing the baby monkey to play with him and to trust him as a friend. Baby monkey could neither jump nor fly from the situation. All he could perceive was his fearful fate in the glaring eyes of the leopard, signaling the closing stages of his life. Eventually, the baby monkey lifted his tiny trembling finger to caress the leopard in a friendly, trusting way to alter the upshot. Like the strike of lightening, in a quick swipe of the leopard, the baby monkey vanished from the scene. The next scene that I beheld was callously graphic, as I saw the leopard licking the last drops of the baby monkey’s blood off the branch. In the human world this act of the leopard is called Thuggery. When someone gains your trust and deludes you into believing to be your friend only to deceive you, betray you and finally kill you. This betrayal is thuggery.

Thuggee is a cult of people engaged in mass murder and thugs is an organized gang of professional assassins. The thugs travelled in groups across India for several years. They would join travellers and gain their trust, would rob them of valuables and bury their bodies. According to the Guinness Book of Records the cult was responsible for approximately two million deaths. A thug gang leader Behram is considered to be the world’s most prolific serial killer, blamed for 931 killings between 1790 and 1830.

“For there to be betrayal, there would have to have been trust first.” (Suzanne Collins, The hunger games)

Nowadays, thuggery has penetrated every aspect of life. We see it being glorified on our streets. The violence, the looting, the theft, and the level of criminality displayed by young and adults on the streets are all different forms of thuggery. Our society is creating young thugs very quickly, in the sense that we create and tolerate those circumstances that make thuggery more likely to stem from. Some people make large amounts of money in the processes that keep re-creating those negative conditions where thuggery thrives.

Personal interest and insensitivity to human decency is the hallmark of thuggery. When gain is the only motive, all other relationships and responsibilities can be sacrificed. Thuggery in personal relationships, business relationships, political relationships, and all other forms of relationships create an atmosphere of betrayal, lack of trust and ruthlessness. It has also become commonplace for the worthless political struggles. When politicians intimidate and physically attack each other, it is an assurance that the truth is not on their side.

Thuggery has affected sanctity of relationships in a family that is a nucleus of any society. When the nucleus gets shattered, every relationship withers away. Negative forces take full benefit of these chaotic situations and lure the society further into a direction where everyone is exploited and so the system becomes corrupt. In this situation a police officer’s authority must triumph and be guarded and his judgments must be honored. Since his involvement with society is so profound, he can come up with a better solution than any other group.

Modern day Thuggery has exogenous sources. It flourishes in places where some people are often treated unjustly and worse under the law, where schools are poor and badly run money drains, where incarceration rates are high, where outsiders push drugs, and where sex trafficking and other forms of crime thrives.

“Thus does the first touch of humanity’s selfishness make criminals of the humble, and make killers of the sons of peace; thus does the early greed of humanity grow and strike back at humanity a thousand-fold!”

Transnational organized crime that manifests in many forms is thuggery, such as trafficking in drugs, firearms and even persons. Every year, innumerable people lose their lives as a result of the unprincipled techniques of human traffickers and migrant importers. It can infiltrate government agencies and institutions, powering corruption, penetrating business and politics, and hampering fiscal and societal growth. And it is weakening governance by sanctioning those who function outside the law and put real thuggery in action.

Virtually every country in the world is affected by these crimes of thuggery. Our only defense against all forms of thuggery is a well-trained Police Officer with authority who is one of the most valuable assets of a society today or even centuries ago.

A beautiful night full of stars is only beautiful when we can safely sleep-through the night without the fear of thugs, and that safety can only be guaranteed by the Police Officer.

We cannot delay action in this dire situation when thuggery is on the rise. If we do not support our Police Officers who are our only shield against this danger, then the consequences could prove disastrous. Think of the situation when in distress we call 911, with our trembling fingers, and instead of a Police Officer, a leopard shows up at our door and we feel like the baby monkey. 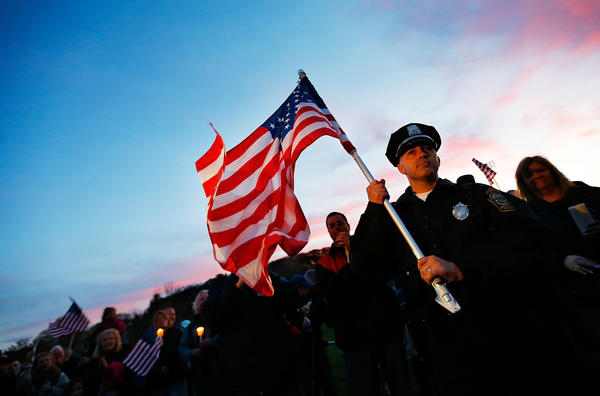 I am a free lance writer who loves to write on social issues in particular. I am a house wife and my husband Dr. Shams Iqbal offers all the support and encouragement so that I can pursue my passion for authorship and other cause which is dear to me. My lifelong mission in life is to offer my support for the police officers who need to be supported and protected by general public like us. My inspiration to do this comes from my personal experiences of some of the greatest police officers whom I have witnessed do great deeds for the good of humanity. I am so inspired and fascinated to support this law enforcement group. On the other hand I like music, movies specially classics, I am a fashion geek, English and American literature are my passions.
View all posts by samina iqbal →
This entry was posted in Uncategorized and tagged Betrayal, Crime, Human trafficking, India, Police, Police officer, Sanctity of human relationships, Thuggee, Thuggery, Transnational crime, Trust. Bookmark the permalink.

79 Responses to Betrayal thy real name is thuggery-Police Officer is our only shield against it.

Jesus is my Life Coach and He is training my body, mind and spirit.

I write because I must

My Walk, His Way - daily inspiration

War against spiritual enemy. we stand tall and we take the fight to the enemy by fire.

My Ramblings and Thoughts